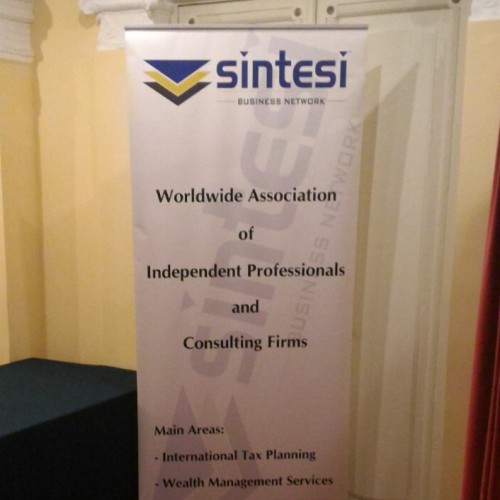 Great Interest for the Conference held on Thursday, September 22 in Rome at the Hotel Ambasciatori.

In the two sessions of the Meeting entitled “Setting up and Management of Foreign Companies in the New International Regulatory Framework. The main news starting from 2017” held in Rome at the Hotel Ambasciatori, the themes discussed by the speakers Federico Castrichella and Giuseppe Marino, respectively member of the executive board and secretary general of Sintesi Business Network, raised great interest.

In particular, an in-depth analysis of the new international tax monitoring rules in the light of the entry into force of the Common Reporting Standard was particularly followed and appreciated. On this subject, the speakers  replied to numerous questions both during and at the end of the conference.

The next meetings with Sintesi Business Network will be PATRIMONIA SUMMIT in Rome (November 9) and Milan (November 24) and lastly on December 16 in Rome with the seminar entitled “The Real Estate Investment in the Foreign Markets in regard to Wealth Management. Risks and Opportunities“. 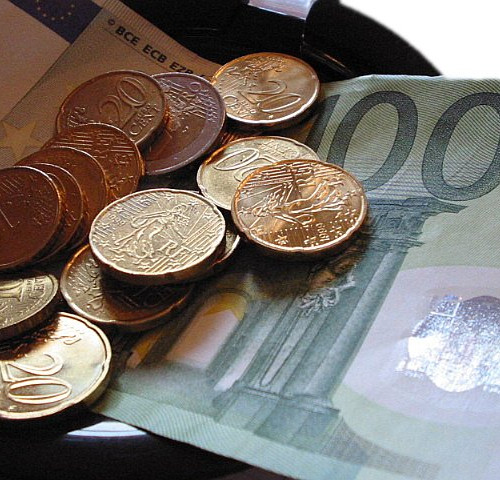 When it comes to tax havens, we think to talk about something almost abstract, islands and exotic places in the middle of nowhere, far away from us and from our daily lives.

The reality is a little bit different because every day, indirectly, not only we come into contact with tax havens but also contribute to the flow of money that passes through these places. Since we wake up in the morning, and we make the same usual gestures, such as switch on a smartphone, as long as we go to sleep, every moment of our day is a small contribution to the wealth of tax havens.

Our money takes the road to far-off places, mingling with those of real tax evaders. They fly to countries that, we think, have nothing to do with us. But we are wrong.

A report drawn up by the non-governmental organization Citizen for Tax Justice (Ctj) and US. Pirg Educational Fund, entitled Offshore shell games 2015, reveals how much the big American multinational companies are present in the secret jurisdictions around the world. According to experts of the two organizations, USA companies included in the Fortune 500 list (the list which ranks America’s 500 biggest corporations) parked in tax havens more than $ 2,1 trillion (equal to 2.100 billion dollars) to avoid to pay about $ 90 billion in federal taxes. 358 companies belonging to the 500 above mentioned have, in total,  7.622 branches in tax havens where they have no operational or production office and therefore they have no reason to be present.

We must not forget an AZ tube of toothpaste, a pack of Gillette razors, a Pantene shampoo, a Duracell batteries pack and a Pringles chips tube. These are all brands belonging to Procter & Gamble, a US multinational corporation, holding about $ 45 billion outside the United States and having branches in Panama, Singapore, Switzerland, the Netherlands, Luxembourg, Hong Kong, Costa Rica and Ireland.

To make payments we use a credit card: Visa, Mastercard or American Express, cards which make us feel, fully-fledged, part of the great tax evasion business that – we reiterate – is entirely legal. Visa has $ 5 billion offshore and one branch office in Singapore; Mastercard has 3,3 billion abroad and branches in Holland and Singapore; American Express owns 9,7 billion offshore and branches in the Channel Islands, the Netherlands Antilles, Luxembourg and Hong Kong.

The tax havens have come into our lives with force, even though we do not have realized it. Offshore jurisdictions are an integral part of the system and not an anomalous exception. For this reason it is by no means certain that the efforts of the G20 and OECD countries to reduce the phenomenon are successful. Offshore jurisdictions, in fact, thrive not only through tax evasion, but also and above all on tax evasion. The estimated financial wealth in offshore havens is approximately 32,000 billion dollars. It is pretty obvious that these companies have huge interests, they need tax havens and are always looking for new end markets. «Money is like water – said former Swiss Finance Minister, Hans Rudolf Mertz – : it always finds a slit to flow. That is why tax evasion will continue to exist in the future».

The paper analyzes the changes to the criteria for identifying countries with favored taxation, the treatment of profits coming from these countries and the regulation of foreign tax credit taking into account the latest regulatory developments.

These have introduced important news both for the taxation regime for avenue transparency generated by subsidiary companies and for the taxation of profits coming from the so-called tax havens. With regard to privileged tax regimes, the circular provides explanations concerning the criteria for identification based, from January 1, 2016, only on the nominal tax level less than 50% of the applicable rate in Italy.

With regard to the exclusion of the Member States of the European Union or the European Economic Area which ensure an adequate exchange of information from the notion of privileged tax regimes, provided by Legge di Stabilità 2016, it is clarified that this has been extended to fiscal year 2015 as well.

On September 22, 2016, SINTESI BUSINESS NETWORK will hold a conference in Rome at the Stucchi room of the Hotel Ambasciatori. Particular focus will be given to:

“Setting up and Management of Foreign Societies in the New International Regulatory Framework. The main The main news starting from 2017“.

In order to allow for the widest participation, two different sessions have been scheduled at the times indicated below:

The participation is free of charge but with limited enrolment. For more information and to register, please contact : segreteria@sintesinetwork.com